Larry grew up in Farmington, MI and received his Bachelors in Music at Wayne State University. He attended seminary at Candler School of Theology, in Atlanta, and has been serving in ministry since 1994. He joined Lake Orion United Methodist Church after serving as pastor of the Manchester United Methodist Church for the past seven years. Larry's family includes his wife Jennifer and their three children James, Aaron, and Sarah.

Dawn is originally from Sterling Heights, moving to Lake Orion in 2001.  She graduated from Central Michigan University with a B.S. in Psychology and a minor in Family Life and Human Sexuality.  She has been married to her husband, Mike, since 2000.  She has been a member of Lake Orion United Methodist Church since 2007 and became part of the staff in January 2016.  Dawn has five children, Hannah, Owen, Olivia, Julia, and Seth. 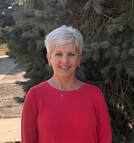 Brenda Brubaker-Ulery | Nursery Director/Family Ministries Assistant  Brenda.Brubaker-Ulery@LakeOrionUMC.org
​
Brenda and her husband have been members of Lake Orion UMC for 14 years. Both she and her husband Kirk are familiar faces as they have always been active and willing volunteers at the church. Brenda's love of children and patience make her an ideal nursery director.

Janice joined our staff in 2015 and grew up in Lake Orion attending this church (her grandparents were married here in 1917). She attended Albion College and earned a degree in Vocal Music Education followed by a Master’s degree in Vocal Performance at Oakland University. Janice then was awarded a Doctorate of Music in Vocal Performance from the Indiana University Jacobs School of Music. She stayed at Indiana University and taught for ten years. After a move, she sang with the Cincinnati Opera Chorus and taught through their Educational Outreach program. Janice lives with her husband Ray and their youngest daughter Olivia. Their son Dennis lives in Florida with his wife Aly and their daughter Rowan.

​Pat is a retired officer of the Central Intelligence Agency (CIA), where she served our country around the world. Pat retired in 2017 to spend time with her family in Oxford including her son, Jim, daughter-in-law, Jill, and two granddaughters, Sydney and Ella, along with Pat’s sister, Elaine and her family. Pat grew up on the east side of Detroit. She has had a varied career working in offices for over 50 years. She’s worked for the Clarkston, Waterford and Madison Heights school districts; in the advertising field, the automotive industry, in catering, retail, and even at the Detroit Zoo! If there is anything in an office that needs to be done, Pat knows how to do it. Pat lives in Oxford with her chocolate lab - KC.
Anthony Graffeo | Custodian
Anthony and his wife Emily have been members of LOUMC for fifteen years. Anthony and Emily have three children: Anna, Amber and Joe. They have four grandchildren. While living in Alabama he worked from his hydraulic shop doing preventative maintenance and building things. He states that he is "here to help" and looks forward to working with others to maintain the church building.